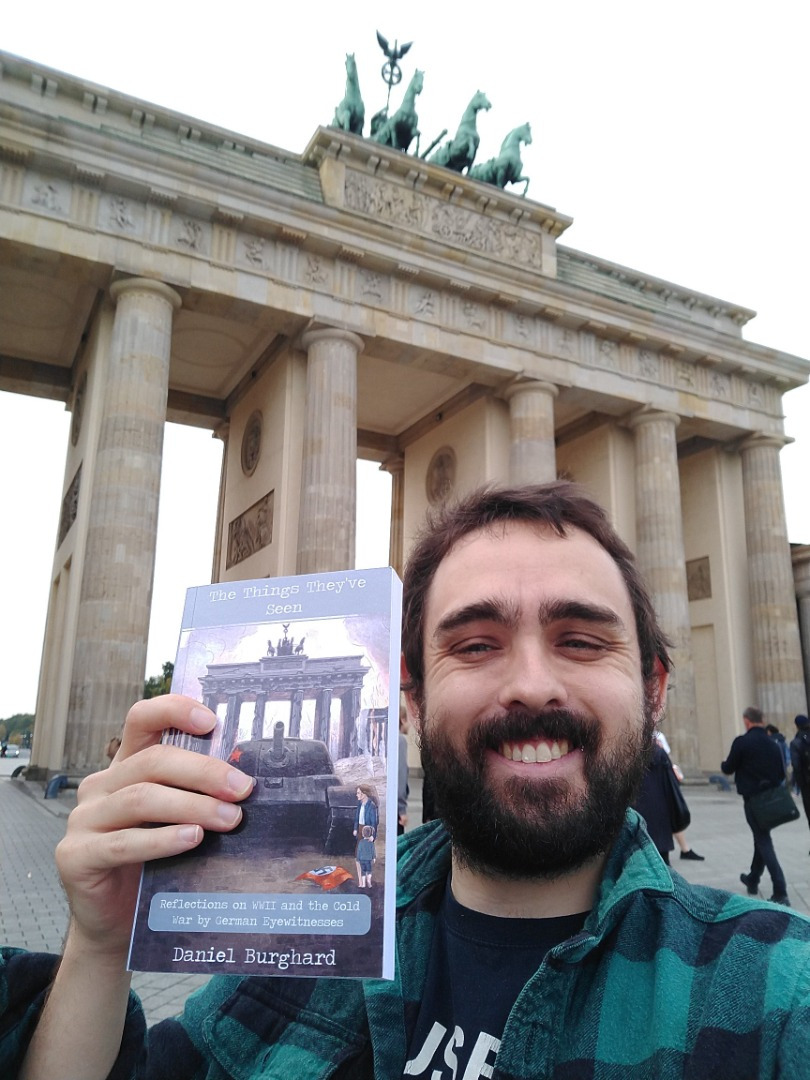 Daniel Burghard, born in 1990 and hailing from Melbourne, Australia has done everything he can to make his life an adventure.

With his main profession as a teacher, Daniel has used the time during every holiday to explore this wonderful world we live in.

In particular, he has a keen interest in history and spends a lot of time and effort to visit historical locations, in an attempt to get as close to the "real picture" as possible.

While Daniel has a love for the ancient times, spending many years researching every aspect of the ancient Roman and Greek cultures, even going so far as to taking part in an archaeological dig, Daniel is never one to ignore an opportunity to learn more about our more recent history.This has to be at least part of the reason Daniel moved to Berlin in 2015. How could you resist living in a place that has been a major part of world history for the last century?

Always seeking answers from the people that were there and placing a priority on first-hand accounts wherever possible, when Daniel couldn't find what he was looking for, he decided he would just have to hunt in down himself. With influences such as Dan Carlin, Mike Duncan as well as Ray and Cam of the Life of Caesar Podcast and their brilliant Cold War podcast showing him that those who have a passion for the subject can still find ways to contribute to the wealth of knowledge, Daniel knew he was up to the task, if he set his mind to it.

This process lead to the next 2 years being spent researching WWII and the Cold War, in particular, looking at the long term effects of both wars on the German citizens who lived through it. With the help of the ZeitZeugenbörse (http://www.zeitzeugenboerse.de/) Daniel was able to get in contact with a number of eyewitnesses and, after sitting down with people from all walks of life, finally transcribing the interviews into his first book, "The Things They've Seen".

Although this is the first book, it will most certainly not be the last. Daniel is already laying down the groundwork for his next piece, so keep an eye out and watch this space!

If you want to get into contact with Daniel, shoot him an email at:

He would love to hear from you!